The National Repertory Orchestra (NRO) announces the appointment of Maestro Michael Stern as its third music director in the organization’s 61-year history. The National Repertory Orchestra is an intensive performance and education summer festival for young professional musicians, ages 18-29.  Its reputation in the classical music world is unmatched. Since 1960, NRO alumni have gone on to careers and leadership roles in the world’s most esteemed orchestras, conservatories, festivals and institutes.

Mr. Stern joins the NRO as a celebrated conductor and music director of the Kansas City Symphony, Stamford Symphony in Connecticut and is the founder and artistic director of the innovative Iris Orchestra in Germantown, Tennessee. Mr. Stern launched Iris Orchestra twenty years ago as a vanguard for change in the classical music world, commissioning new music, creating a non-hierarchical ensemble, establishing a reputation for excellence on stage, supporting young musicians and building deep community relationships. Mr. Stern has established himself as a driving force in shaping the future of classical music and has devoted much of his career to working with young musicians, through summer festivals and institutions such as Aspen Music Festival, the Curtis Institute of Music, Round Top Festival Institute and the National Orchestral Institute. 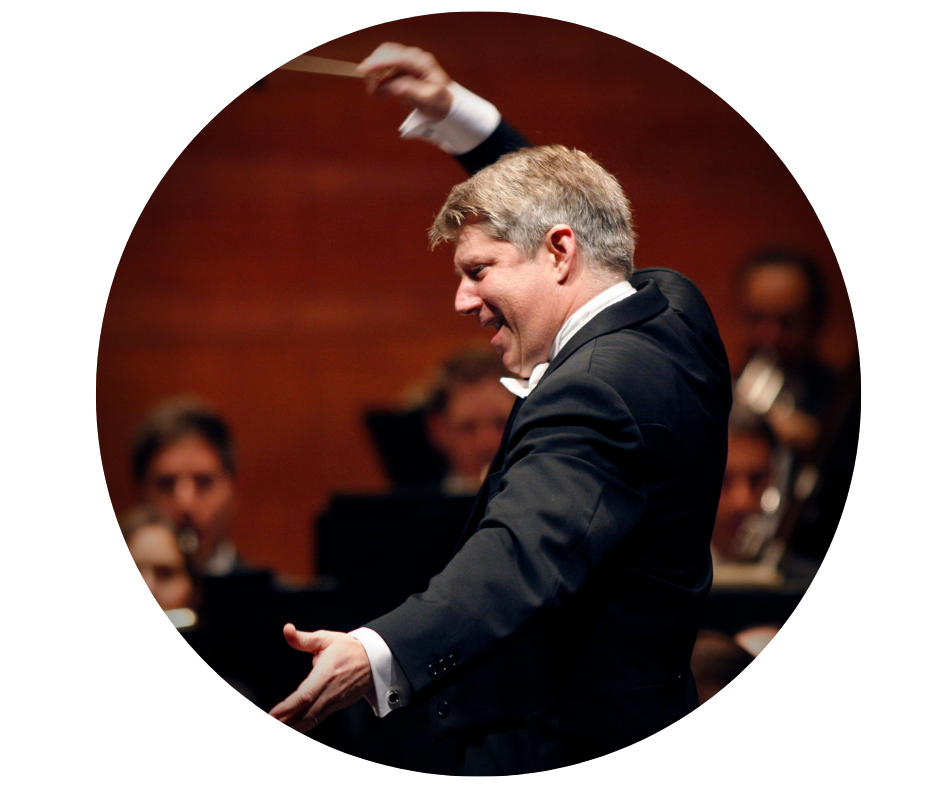 Mr. Stern also continues to draw accolades for his artistic leadership and talent in delivering electrifying performances with the orchestras he conducts. “Michael’s combination of skills as a distinguished conductor, innovator and educator make him particularly well positioned to take the NRO into the future. We are thrilled to welcome him as music director,” said Dave DePeters, CEO of the NRO.

“It is a privilege to have the opportunity to contribute to the next chapter in the evolution of the National Repertory Orchestra.  For six decades, the NRO has trained the next generation of musicians at the highest musical standard,” said Stern. “I know firsthand how so many talented musicians credit their summers at NRO as formative ones. As performers, teachers, mentors, and activists, these musicians have carried that experience and excellence forward into every corner of our musical landscape. I am inspired and energized by what that extraordinary impact means for the future of the arts and music.”

Mr. Stern is no stranger to the NRO; he had often joined the Orchestra as a guest conductor, appearing most recently in 2018 when he conducted Berlioz’s Symphonie fantastique.  He is only the third music director in NRO’s 61-year history, following the 42-year tenure of Carl Topilow, who steps into the role of Music Advisor. 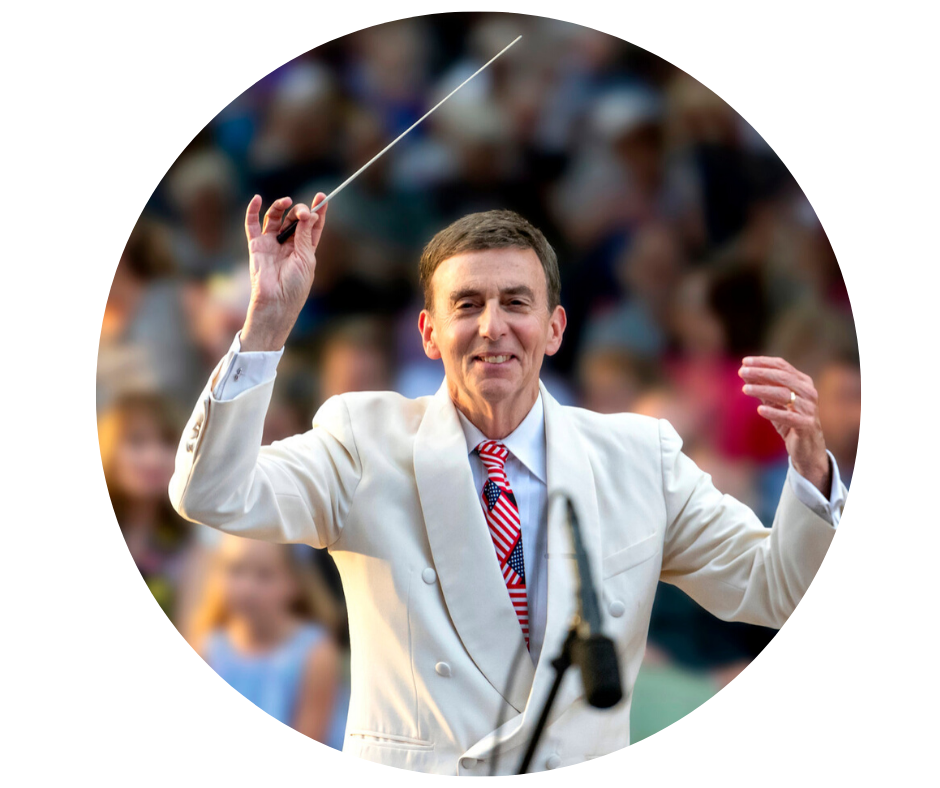 mise of the NRO going forward is only possible because of all that Carl Topilow achieved over his more than four decades of devoted work and passion. His energy, focus and belief in young people have been unwavering, and as a result, he has benefited countless young musicians. His contributions have been incalculable, and I am thrilled to continue our long-standing musical dialogue.”

Topilow said of Stern, “He is a force in American music, and I cannot think of a more fitting person to carry on my legacy of education and passionate music-making at the NRO. I am looking forward to working with him and our next generation of fellows in my new advisory role.”

Mr. Stern joins the NRO at an unprecedented point in history, as the cultural world struggles through a global pandemic that has either interrupted performances around the world and drastically altered what it means to perform for audiences.

“I know 2020 has been a crazy, challenging year,” Mr. Stern says, “but as we emerge, our task now is not to return to normal. It is to take this opportunity to imagine a musical world where you want to be, to shape our collective musical future. It is a special honor to be able to contribute to that future through the NRO and to help young musicians make those dreams a reality.” 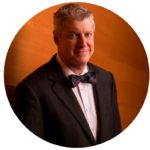 Michael Stern and Kansas City have been hailed for their remarkable artistic ascent, original programming, organizational development and stability and the extraordinary growth of its varied audiences since his tenure began. Stern and the orchestra have partnered with Grammy® Award-winning Reference Recordings for a series of very well-received CDs, including a new recording of works by American composer Adam Schoenberg, Gustav Holst’s “The Planets,” and albums of Elgar, Sibelius and Saint-Saens.

Iris Orchestra in Germantown, Tennessee is known for the virtuosity of its playing, and the depth and variety of its programming, with special emphasis on American contemporary music. Under Stern’s direction, Iris has commissioned and premiered works by William Bolcom, Chris Brubeck, Richard Danielpour, Stephen Hartke, Edgar Meyer, Jonathan Leshnoff, Ned Rorem, Huang Ruo, amongst others, and has released recordings on the Naxos and Arabesque labels.

Recent guest engagements have included the Boston Symphony at Tanglewood, the Chicago Symphony at Ravinia, the Atlanta Symphony, the Minnesota Orchestra, the New York Philharmonic in the film score to The Red Violin with Joshua Bell as soloist; also, with the Philadelphia Orchestra at the Saratoga Performing Arts Center, the National Arts Centre in Ottawa, Ravinia, and the Napa Valley Festival del Sole, as well as concerts at the Stern Violin Competition in Shanghai.

Annually he conducts the Guangzhou Symphony Orchestra as part of the Youth Music Culture Guangdong with Yo-Yo Ma and the National Repertory Orchestra and regularly appears at the Aspen Music Festival and School.

ABOUT THE NATIONAL REPERTORY ORCHESTRA

The National Repertory Orchestra (NRO) is a 501(c)(3), non-profit organization and a preeminent intensive fellowship that develops diverse, thoughtful and socially conscious musicians through experiential learning.  We inspire young professional musicians to be great leaders in their communities while Changing Lives Through Music!

Founded in 1960 in Estes Park by cellist and conductor Walter Charles, the National Repertory Orchestra has since called Summit County, Colorado home for almost 35 years. For eight weeks during the summer, audiences can enjoy the NRO’s music festival featuring Music Director, Michael Stern and other renowned conductors, guest artists and some of the most talented musicians on the planet.