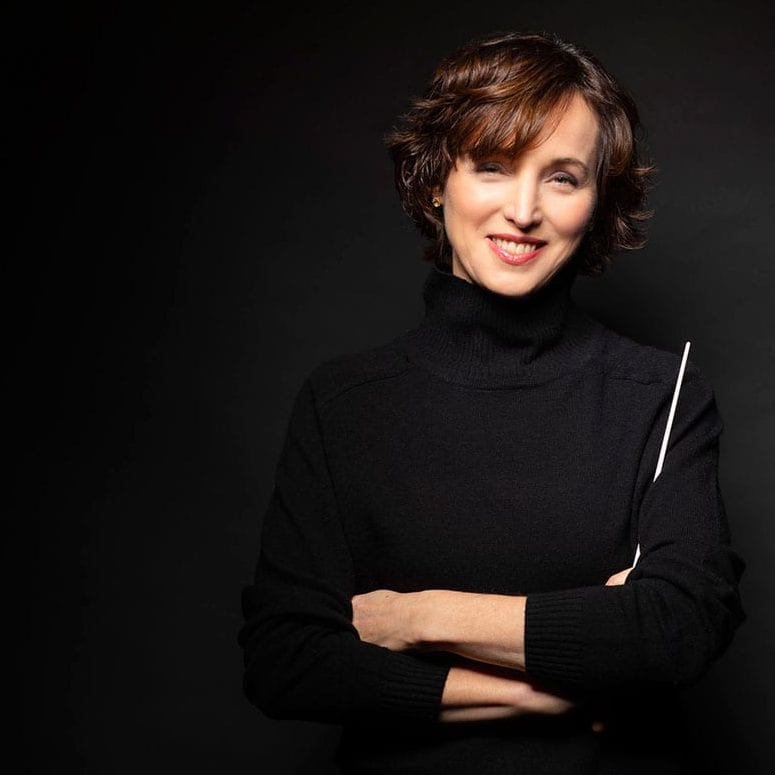 Everyone looks good in pink! Wear your favorite shade to support the Shaw Breast Center & Cancer Clinic in Frisco. This performance is also part of our Women in the Arts Series.

Enjoy our social Happy Half-Hour at 7 p.m. before the performance!

Victoria Borisova-Ollas: The Kingdom of Silence

During her 14 year tenure as Music Director of the Victoria Symphony in Canada, Tania Miller gained national acclaim for her passion and commitment to the orchestra and community. She was the driving force behind new growth, innovation and quality for the Victoria Symphony, and gained a national reputation as a highly effective advocate and communicator for the arts. As curator, she distinguished herself as a visionary leader and innovator.

On the podium, Maestra Miller projects authority, dynamism and sheer love of the experience of making music. As one critic put it, she delivers “a calm intensity… expressive, colourful and full of life… her experience and charisma are audible.” Others call her performances “technically immaculate, vivid and stirring.” A recent review from Madison, Wisconsin; “Friday night’s performance marked the first time I have sensed the audience wanted an encore for the conductor… the real star was guest conductor Tania Miller.”

Katelyn Lyons Peaden is a graduate of the Cleveland Institute of Music where she earned her dual master’s degree in violin performance and Suzuki pedagogy. Katelyn performs regularly with the Canton Symphony Orchestra and frequently performs with the Charleston Symphony, Des Moines Symphony, and Annapolis Symphony. Last fall, she taught at Drake University in Iowa as the head violin and viola Professor. This is Katelyn’s 4th summer at NRO.