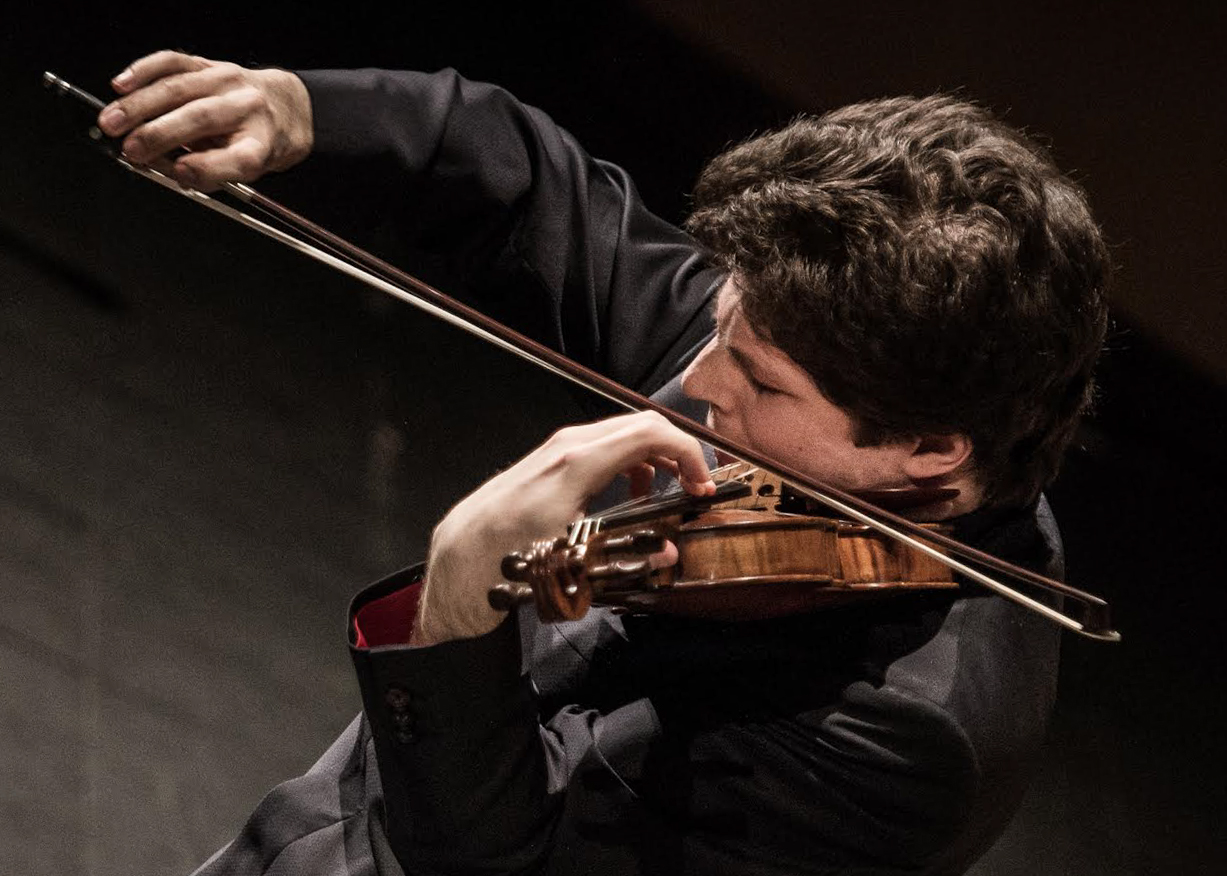 The NRO welcomes Grammy-winning classical violinist, Augustin Hadelich to the Virtual Masterclass & Seminar Series.  Hadelich will work with 2020 NRO musicians on concerti from Vivaldi’s The Four Seasons. Spotlighted participants receive mentorship and conversational commentary.  Open for public viewing.  You will want to hear what Mr. Hadelich has to say!

Augustin Hadelich is one of the great violinists of our time. From Adès to Paganini, from Brahms to Bartók, he has mastered a wide-ranging and adventurous repertoire and is often referred to by colleagues as a “musician’s musician.” Named Musical America’s 2018 “Instrumentalist of the Year”, he is consistently cited around the world for his phenomenal technique, soulful approach, and insightful interpretations.

Augustin Hadelich is the winner of a 2016 Grammy Award –“Best Classical Instrumental Solo” –for his recording of Dutilleux’s Violin Concerto, L’Arbre des songes, with the Seattle Symphony under Ludovic Morlot (Seattle Symphony MEDIA). Recently signed to Warner Classics, his first release on the label –Paganini’s 24 Caprices –was released in January 2018. One of Germany’s most prestigious newspapers, Süddeutsche Zeitung, wrote about this recording: “Anyone who masters these pieces so confidently has, so to speak, reached the regions of eternal snow: he has reached the top.” His second recording for Warner Classics, the Brahms and Ligeti concertos with the Norwegian Radio Orchestra under Miguel Harth-Bedoya, followed in April 2019. Other recent discs include live recordings of the violin concertos of Tchaikovsky and Lalo (Symphonie Espagnole) with the London Philharmonic Orchestra on the LPO label (2017), and a series of releases on the AVIE label including an album of violin concertos by Jean Sibelius and Thomas Adès (Concentric Paths), with Hannu Lintu conducting the Royal Liverpool Philharmonic Orchestra (2014), which was nominated for a Gramophone Award and listed by NPR as one of their Top 10 Classical CDs of that year.

Born in Italy, the son of German parents, Augustin Hadelich is now an American citizen. He holds an Artist Diploma from The Juilliard School, where he was a student of Joel Smirnoff. After winning the Gold Medal at the 2006 International Violin Competition of Indianapolis, concerto and recital appearances on many of the world’s top stages quickly followed, including Carnegie Hall, Lincoln Center, Chicago’s Symphony Hall, the Kennedy Center, Wigmore Hall/London, and the Concertgebouw in Amsterdam. Other distinctions include an Avery Fisher Career Grant (2009); a Borletti-Buitoni Trust Fellowship in the UK (2011); the inaugural Warner Music Prize (2015); a Grammy Award (2016); as well as an honorary doctorate from the University of Exeter in the UK (2017).

Augustin Hadelichplays the violin “Leduc, ex-Szeryng” by Giuseppe Guarneri del Gesù of 1744, generously loaned by a patron through the Tarisio Trust.