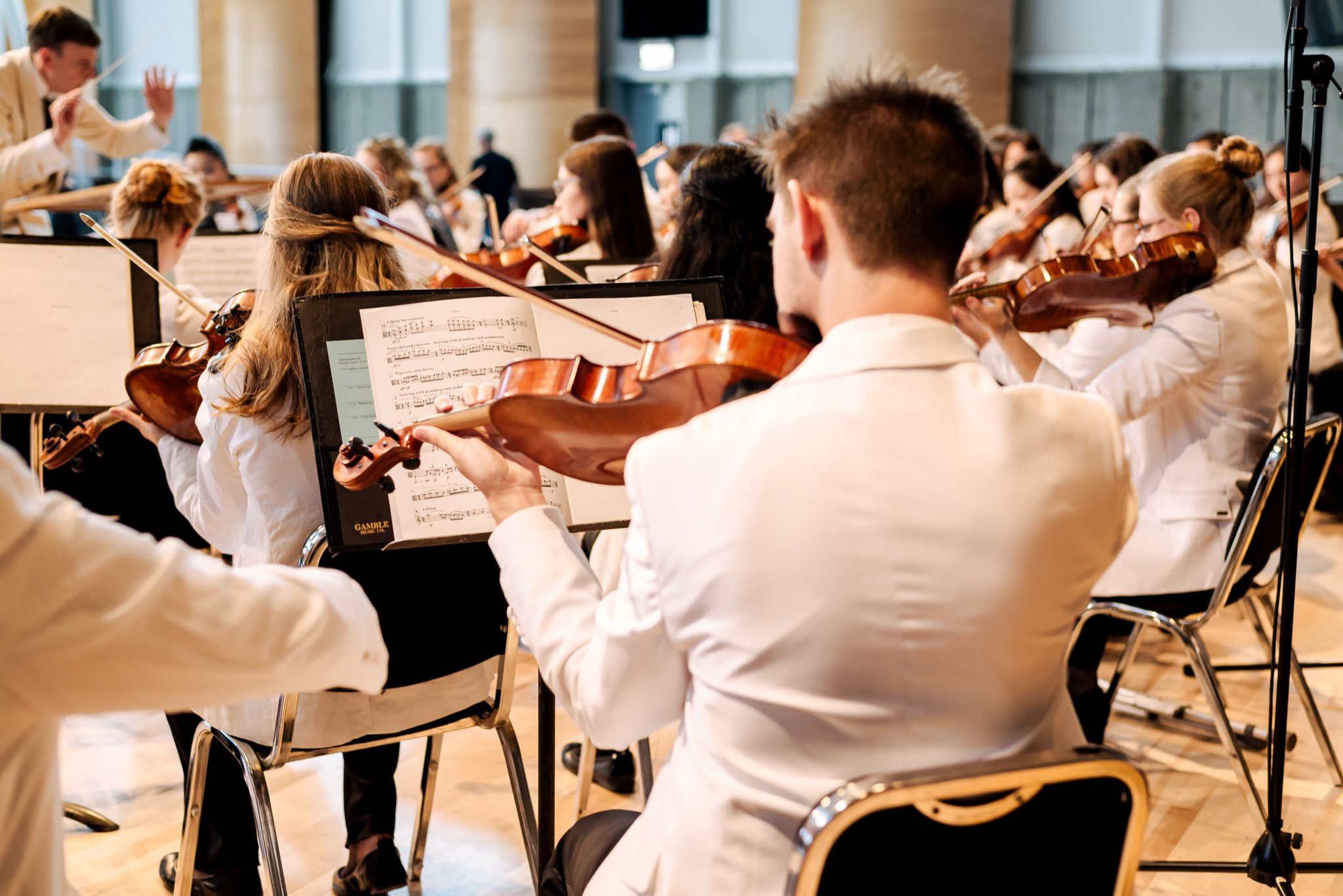 Erich Korngold is best known for his early Hollywood film scores, such as Captain Blood and The Adventures of Robin Hood. Determined to prove his worth to the classical world, he composed his violin concerto using thematic material found in his film scores; it was premiered in 1947 by Jascha Heifetz with the St. Louis Symphony and received the most enthusiastic ovation in St. Louis’s concert history.

Also included is the Hungarian folk opera, the Háry János Suite. Háry János was a daydreaming veteran of the Napoleonic wars whose lively fantasies are shared through composer Kodály’s world of sound. And look out for a rare instrument, the Cimbalom, which is similar to the hammered dulcimer!
This concert is performed in memory of Patti Casey and benefits Building Hope Summit County.

Originally from Los Angeles, California, Mina Hong recently completed her Master of Music at the University of Michigan under the tutelage of David Halen. She holds a Bachelor of Music from the University of Southern California, where she studied with Margaret Batjer. Mina made her solo debut with the National Repertory Orchestra in 2018, where she served as concertmaster. This is her second summer with the NRO.

At the age of 20, Laurence Kaptain was a section percussionist with the Colorado Philharmonic (now, National Repertory Orchestra) in 1973 and then returned at Principal Percussionist in 1974. He was alumni concerto marimba soloist in 1985.

As a percussionist and symphonic cimbalom artist, Laurence Kaptain appears regularly with major ensembles, award-winning composers and renowned performing artists, including the New York Philharmonic, the Chamber Music Society of Lincoln Center, the Philadelphia Orchestra and the Pittsburgh Symphony. His performances may also be heard on recordings with the Chicago Symphony, St. Louis Symphony, Orpheus Chamber Orchestra, St. Paul Chamber Orchestra and the Czech National Symphony.

In his current position as dean of the College of Arts & Media at the University of Colorado Denver, Kaptain is an energetic, well-respected academic leader with an exemplary record of effectiveness directing internationally renowned higher education programs and performing arts units in the provision of superlative learning, creative and performance opportunities. He was previously Dean of the College of Music and Dramatic Arts at LSU and prior to that Dean of Shenandoah Conservatory in Virginia. He received the first doctorate in percussion instruments at the University of Michigan, where he was a Fulbright Scholar to Mexico and received the prestigious Rackham Graduate School Pre-Doctoral Fellowship.