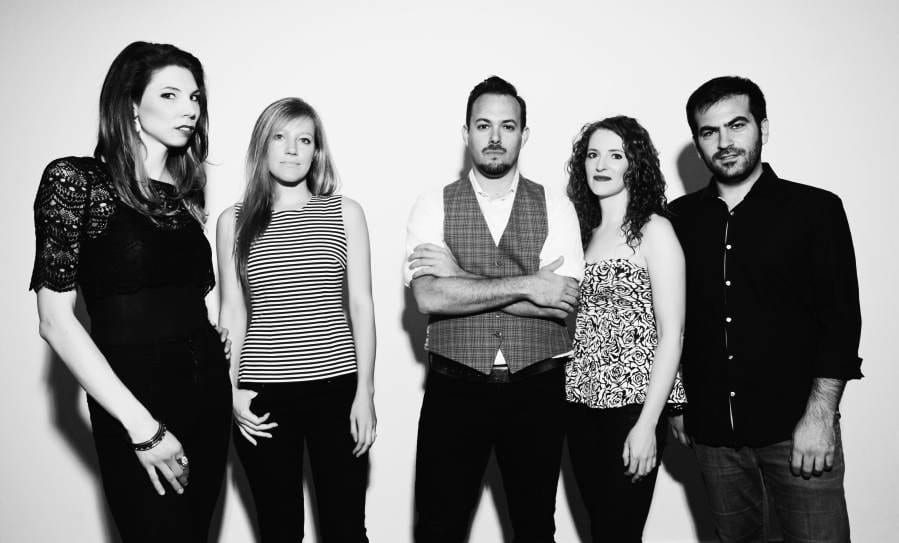 “Their rock star status…is well deserved. Their classically honed technique mixed with grit and all out passionate attack transfixes the audience…” That is how the Sarasota Herald Tribune described SYBARITE5. From the moment their bows hit the strings, this quintet of talented, diverse musicians takes the audience on an exciting ride that engages the senses and redefines the rules.

Dubbed the “Millennial Kronos,” SYBARITE5’s eclectic repertoire from Bowie to Radiohead and Akiho to Assad combined with its commanding performance style is turning heads throughout the music world. The quintet’s debut album, Disturb the Silence, quickly reached the top ten on the Billboard charts. The group’s follow-up album, Everything in its Right Place, was released at Carnegie Hall to critical acclaim. SYBARITE5 recently released its latest album, Outliers, featuring all new works from American composers. It rapidly rose to No. 1 on the Billboard Classical chart.

PLEASE NOTE: There has been a change in venue for this event! Due to a massive flood at Riverwalk Center, this even has been moved to Silverthorne Pavilion.

WE GREATLY THANK OUR SPONSORS