Season Finale: “Pictures at an Exhibition” 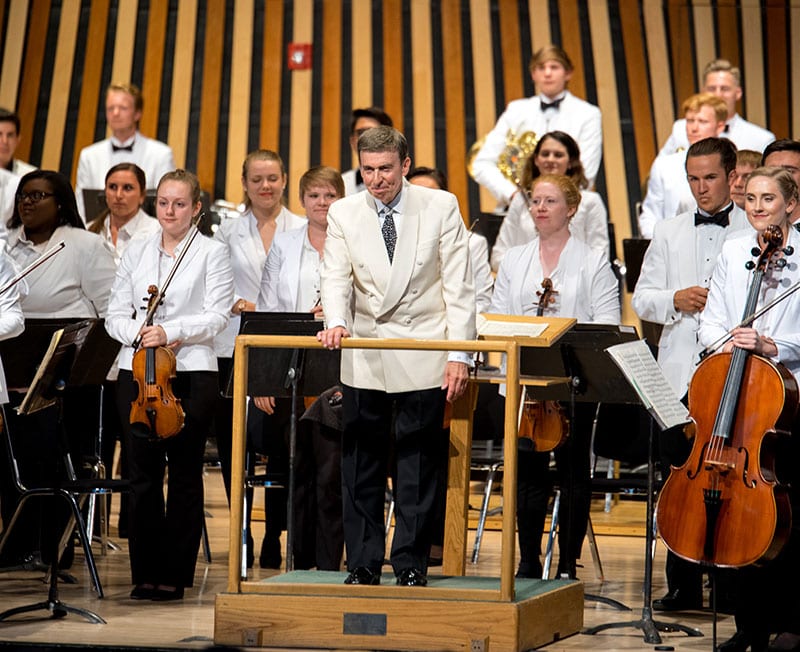 Season Finale: “Pictures at an Exhibition”

The great Russian composer Modest Mussorgsky wrote his infamous Pictures at an Exhibition after his dear friend and artist, Victor Hartmann, died at just 39 years old. With a series of artworks that depicted his observations in Europe, Hartmann inspired Mussorgsky to write a piece that conveyed the experience of perusing his friend’s exhibition, following the composer as he makes his way to a painting that attracts his attention and contemplates the sadness he feels from the passing of his departed friend.

Also included on the program is Sergei Rachmaninoff’s Piano Concerto No. 3, performed by the talented Thomas Steigerwald, and Gabriela Lena Frank’s Mestizo Waltz from Three Latin American Dances. Join us for our grande finale as we close out a truly rewarding and remarkable 2019 summer season with these incredibly talented musicians!