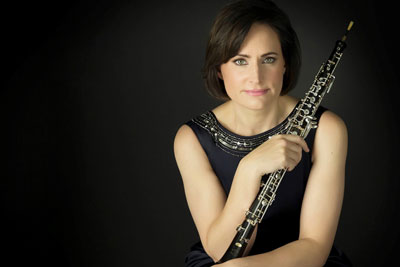 Hannigan has been a member of the Southern Methodist University faculty since 2002, where she is adjunct associate professor of oboe. She was previously a faculty member at the Eastman School of Music as instructor of Baroque oboe from 1996 to 2001. She is on the faculty of the Festival Institute at Round Top in Round Top, Texas, and gives annual master classes for the National Repertory Orchestra in Breckenridge, Colo. Recent master classes include those at the University of Texas at Austin, Baylor University, University of Southern Mississippi and University of Nebraska at Lincoln, among others.

In 2018, Hannigan received the prestigious Ford Musician Award for Excellence in Community Service from the League of American Orchestras. The award honors those in the orchestra field who employ music for the benefit of the greater community. For six years, Hannigan’s annual Concert for Kindness events have demonstrated the interaction of the arts, education and civic causes. Supported by the Dallas Symphony Orchestra’s Principal Grant Program, Concert for Kindness recognizes the value and talent of high school and college-aged visual artists and musicians, who develop and produce this annual benefit concert raising funds for Operation Kindness, the oldest no-kill animal shelter in North Texas. The event features live music, visual art and photography, with participation by young musicians and rescue animals. Students from the DSO’s Young Strings program and Teen Council are also involved, providing pre-concert musical entertainment and serving as ushers and volunteers.

In 2012 Hannigan organized and recorded two CDs of the complete Zelenka Sonatas, available through Crystal Records (CD821 and CD822). In June 2008, Hannigan’s first solo CD, From Hafiz to Firewing (and Beyond), was released, also on the Crystal Records label (CD 820).

Hannigan attended the Oberlin Conservatory where she studied with James Caldwell. She received her master’s degree and the prestigious Performer’s Certificate from the Eastman School of Music where she was a student of Richard Killmer.

Every 2020 NRO Fellow has the opportunity to participate in a masterclass or lesson on their instrument.  Seminars will include a line-up of top conductors and guest artists discussing a variety of essential topics for the Arts.

The sessions are accessible online only and are open for public viewing.  All are welcome!  FREE admission for everyone.  Registration is required.  Times are MDT.