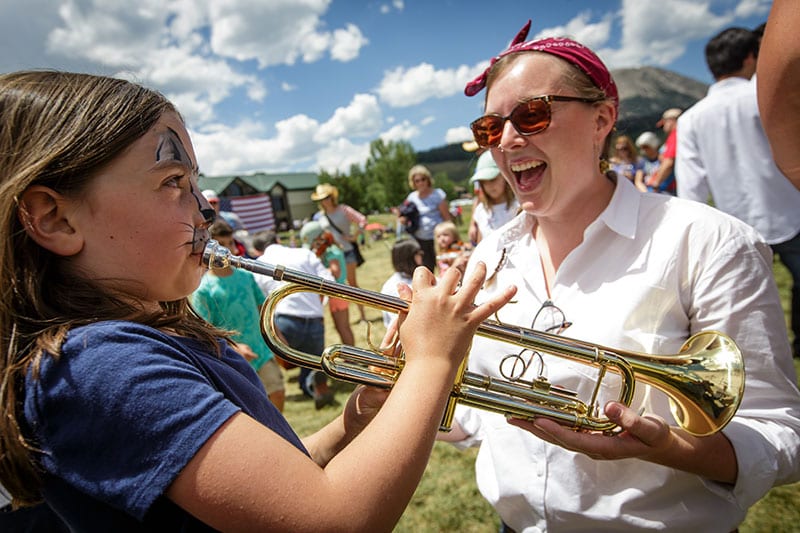 MADE IN AMERICA: Free Family Festival

Bravo! Vail and the NRO present an engaging concert for the whole family! Join us for fun activities including an instrument petting zoo before the performance begins.

These events are designed to delight and engage young listeners with activities to make musical connections in this introduction to the exciting world of symphonic music. All ages welcome!

Jason Seber is the David T. Beals III Assistant Conductor of the Kansas City Symphony, leading the Symphony in nearly 70 annual performances. Previous to his appointment with the Kansas City Symphony, Seber served as the Education and Outreach Conductor of the Louisville Orchestra and Music Director of the Louisville Youth Orchestra. In addition to his professional conducting career, Mr. Seber is a passionate music educator. He served as Director of Orchestras at the Youth Performing Arts School (YPAS) in Louisville, KY, from 2006 to 2013.