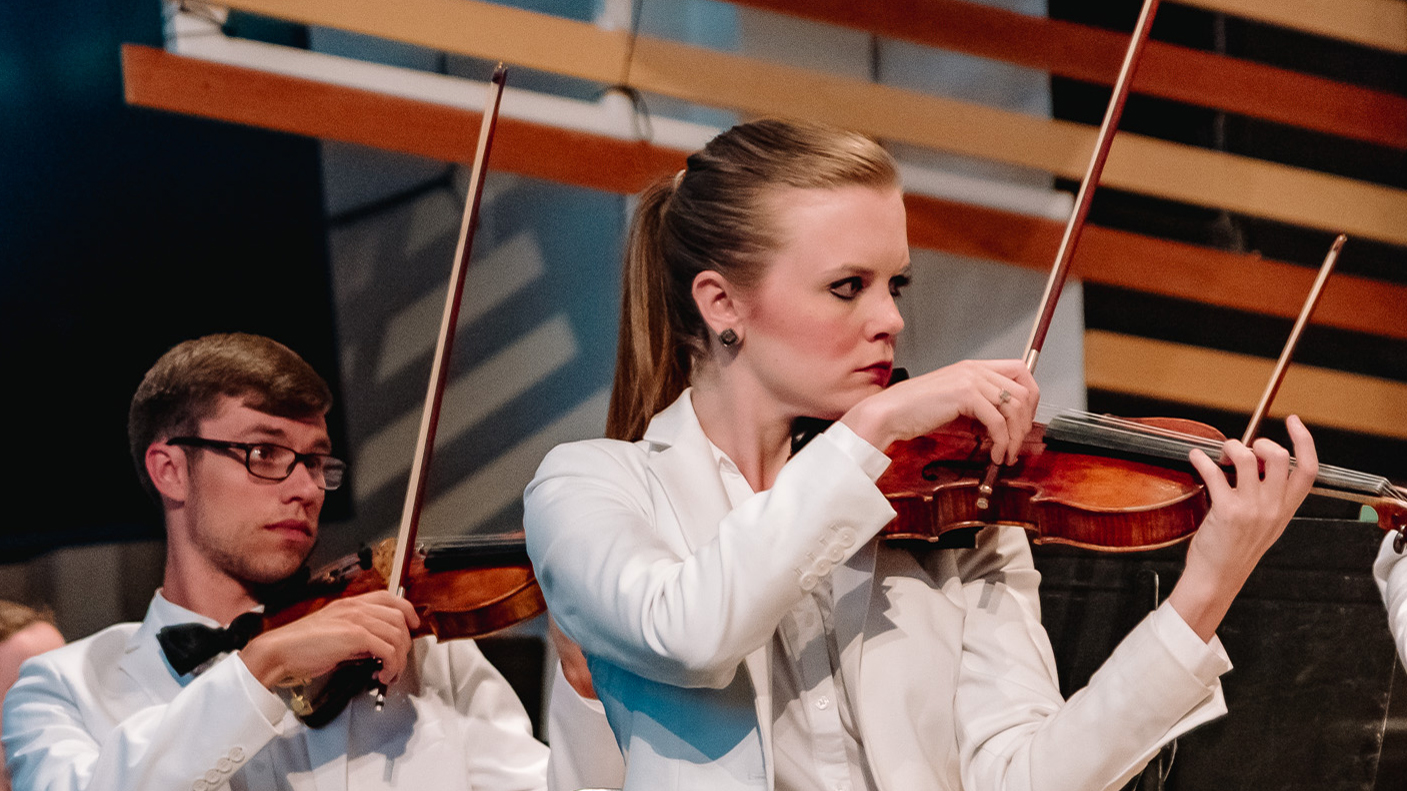 Beyond the Program with Michael Stern

After the long and isolated time that we all endured since early last year, I feel especially privileged to have the chance to contribute to the National Repertory Orchestra’s next chapter. All of the distancing, postponement and loss canceled concerts, but it did not silence the music. Rediscovering live performance, especially with such gifted young musicians, is very emotional. We could think of no better program to herald the NRO’s return than to bring back for this opening concert three powerful works which were to have been part of last summer’s canceled festival.

Henry Jenkins is also back; his canceled solo appearance from last year, as it will be for all of our featured soloists during the festival summer, is happily rescheduled here. But I thought as well about the idea of hidden stories – the impact of COVID-19 on all of us was universal, but each one of us had a different experience and a different story to tell. This program reflects that – while Anna Clyne based This Midnight Hour on two very different poems, by Juan Ramón Jiménez and Charles Baudelaire, but she explicitly avoided depicting any specific narrative; she wrote, “My intention is that it will evoke a visual journey for the listener.”

Chausson’s ravishing Poème is also based on a text, a short story titled “The Song of Triumphant Love” by Ivan Turgenev; yet similarly, the connection to the actual story became more and more hidden, without losing any of the ache or passion in the music. And throughout Tchaikovsky’s Fourth Symphony, one of the undisputed cornerstones of late 19th century Romanticism, his turmoil in wrestling his demons animates the drama of this extraordinary music, right up to the explosive conclusion.

Anna Clyne, born in London in 1980 and now residing in Brooklyn, NY, is one of the most happening composers of our time. This Midnight Hour was co-commissioned by l’Orchestre national d’Île de France and the Seattle Symphony in 2015. At the time, Clyne was composer-in-residence for the French orchestra and remarked that the power and sonority of its double-basses inspired her in particular. But she also cites two poems: one by the great Baudelaire, the other by the Nobel-prize-winning Spanish poet Joan Ramón Jiménez. From Jiménez, she quotes a line that translates as, “A woman, stripped bare, running mad through the night,” and that is a useful image to hang onto when listening to this richly imaginative work. In Baudelaire, she cites a passage which, translated, reads,

The violin throbs like a wounded heart,
Melancholy waltz and reeling languor!

And indeed, darkly beautiful, beguiling waltz does emerge in the center of this one-movement work. Listen for the piercing, pure tones produced by the bowing of the bell-like percussion instrument known as the crotale; they are heard at significant turningpoints throughout this piece.

Ernest Chausson was born into a wealthy Parisian family in 1844. After the deaths of his two elder brothers, young Ernest was reared by a tutor, apart from other children. By age sixteen, he was mingling in many of the intellectual and artistic salons of the day and would in later life likewise play host to nearly every leading thinker, poet, painter, and musician to come through the French capital. To satisfy his father, he obtained a degree in jurisprudence and was sworn in as a lawyer in the appeals court in Paris. But he never intended to practice law, and he had no material need to support himself. So he was free to pursue his passion for music, enrolling in composition courses at the Conservatoire. With encouragement from friends in all artistic circles, he gradually forged his own style. He also discreetly assisted fellow composers in financial need, including Claude Debussy. But his life was cut short when, at age 44, he lost control of his bicycle and crashed into a brick wall.

Poème premiered in 1897 and was dedicated to the immensely influential violin virtuoso Eugene Ysaÿe. Chausson’s original title for the work had been “The Song of Love Triumphant,” after a short story by his friend Ivan Turgenev. It was his first work to meet with real public success.

After a short introduction, the violin soloist introduces a theme which is the hero of the drama to come; it recurs briefly in the middle of the piece, and a third and final time at the thrilling climax. Between these are episodes of more quickly-moving music, all of it full of the anguish and ecstasy of love.

As Piotr-Ilyich Tchaikovsky worked on his fourth symphony, he sent progress reports to his patroness and friend Nadezhda von Meck. Of the tattoo motive which opens the symphony, he says, “This is Fate: this is that fateful force which prevents the impulse to happiness from attaining its goal, which jealously ensures that peace and happiness shall not be complete and unclouded […] It is an invisible force that can never be overcome—merely endured, hopelessly.” Of the first movement’s gentler second theme, heard first in the clarinet and later embroidered by the strings, he writes, “Oh joy! Out of nowhere, a sweet and gentle daydream appears. Some blissful, radiant human image hurries by and beckons us away. […] Everything gloomy and joyless is forgotten. Here it is—happiness!” But then, “No! These were daydreams, and Fate wakes us from them. […] No haven exists. Drift upon that sea until it engulfs us and submerges you in its depths.”

Movement two he describes as “that melancholy feeling which comes in the evening when, weary from one’s toil, one sits alone with a book—but it falls from the hand. There comes a whole host of memories.” The ensuing scherzo, with pizzicato strings, he describes as “vague images which can sweep past the imagination after drinking a little wine and feeling the first phases of intoxication. The spirit is neither cheerful, nor sad.” As for the finale, Tchaikovsky tells his muse and benefactress, “If within yourself you find no reasons for joy, then look at others. Picture the festive merriment of ordinary people. Hardly have you managed to forget yourself and to be carried away by the spectacle of the joys of others, then irrepressible fate appears again and reminds you of yourself. But others do not care about you, and they have not noticed that you are solitary and sad.” But in the end, he finds a way to hope. “Reproach yourself, and do not say that everything in this world is sad. Rejoice in the rejoicing of others. To live is still possible.”

In recognition and gratitude of this evening’s concert underwriters: