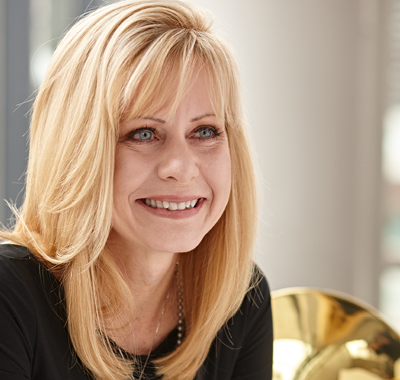 Ellen Dinwiddie Smith is a member of the Minnesota Orchestra, an Adjunct Professor of Horn at the University of Minnesota, and an NRO Alumna.  Smith joins the Virtual Masterclass & Seminar Series along with spotlighted 2020 NRO Fellows.  Watch as musicians are mentored by this incredible horn player.

Ellen Dinwiddie Smith has been a member of the Minnesota Orchestra since 1993 and currently serves as third horn. Smith is Adjunct Professor of Horn at the University of Minnesota and has served as Young-Artist-Program faculty at the Curtis Institute of Music Summerfest since 2015. She was the founding Artistic Director of the Colonial Chamber Series (2006-2017) and organized the Musicians for Tsunami Relief benefit concert (2005) and Community Emergency Service Benefit Concert (2012), both held at Colonial Church in Edina.

In 2014, she was a featured artist at the Mid-South Horn Workshop in Austin, Texas and also performed with her colleagues at the Mid-North Horn Workshop at the University of St. Thomas. She was a featured artist at the 2003 International Horn Society Workshop at Indiana University. Smith has served as an artist-teacher on the faculty of the Sewanee Summer Music Festival and has spent many summers on the faculty of the Kendall Betts Horn Camp in Littleton, New Hampshire. She has performed and toured with the Cleveland Orchestra, and as a guest with the Kennedy Center Orchestra and the Quad City Symphony Orchestra.

Smith is a 1987 graduate of the Curtis Institute of Music, where she studied with Myron Bloom and was a member of the Curtis Wind Quintet, a top prize winner in the Fischoff Chamber Music Competition. Prior to studies at Curtis, Smith attended the Juilliard School and the University of Texas at Austin. Her teachers include Myron Bloom, Wayne Barrington, Greg Hustis and Michael Hatfield. While still a student at Curtis, she was named third horn of the Charleston (South Carolina) Symphony Orchestra and later joined the Fort Worth Symphony Orchestra as co-principal horn. She has performed at the Spoleto USA, Waterloo, Chautauqua, Colorado Philharmonic, National Repertory Orchestra and Aspen summer music festivals.