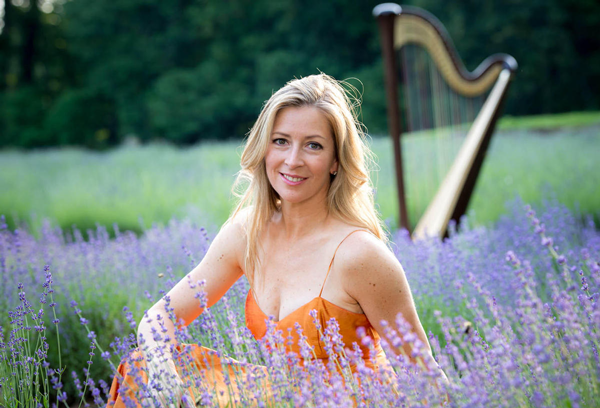 The NRO welcomes Elizabeth Hainen, NRO Alumna and Principal Harp with The Philadelphia Orchestra, to the Virtual Masterclass & Seminar Series. The session includes short performances from 2020 NRO musicians with guidance from Hainen and conversational commentary. Open for public viewing.

Elizabeth Hainen has earned an international reputation as one of classical music’s great harp ambassadors. Hailed by the Washington Post for her “unusual presence with silky transparency” and by the New York Times for her “earthy solidarity,” Hainen has thrilled audiences throughout the world with programs showcasing the diversity—and virtuosity—of her modern-day instrument. As Solo Harpist with The Philadelphia Orchestra for over 20 years, she has presented numerous featured performances to captivated audiences and has been praised by the Philadelphia Inquirer for “her ability to blend and color the musical line,” and “to find transparency in an almost timeless atmosphere.” In high demand as a guest artist, Hainen has collaborated with such eminent conductors as Charles Dutoit, Rafael Frühbeck de Burgos, Michael Tilson Thomas,Yannick Nézet-Séguinand Wolfgang Sawallisch. In addition to The Philadelphia Orchestra, she has appeared as a featured soloist with the Adelaide Symphony Orchestra, Anchorage Symphony, Bulgaria National Radio Orchestra, Camerata Ducale in Italy, Chicago Civic Orchestra, City of London Sinfonia, Hong Kong Philharmonic, Iris Orchestra, Kennedy Center Orchestra, Mexico State Symphony, Orquesta Sinfonica Nacional de Columbia,the Vancouver Symphony, and in numerous recitals at Carnegie Hall. “She is a complete harpist who knows and uses her instrument’s strength and brilliance and strikes its fire,” says the Miami Herald’s James Roos. “You miss nothing she wants you to hear.”

As a contemporary and chamber music enthusiast, Hainen has launched major commissioning projects, including works by Pulitzer Prize winners Bernard Rands and Melinda Wagner, the latter being a world premiere of Pan Journal with the Juilliard String Quartet for the Philadelphia Chamber Music Society. During the 2014-15 Season Hainen treated audiences to the premiere of Nu Shu: Secret Songs of Women commissioned for her by The Philadelphia Orchestra and written for her by acclaimed Beijing Olympics composer Tan Dun. The collaboration between composer and artist is a groundbreaking work for the harp community and classical fans. In 2015, Yannick Nézet-Séguin championed Tan Dun’s masterpiece with Hainen and The Philadelphia Orchestra throughout China. Hainen has performed at the festivals of Cartagena, Grand Tetons, Kingston, Marlboro, Sachsisch Bohmisches, and at the World Harp Congress; she has appeared on concert series of the Chamber Society of Lincoln Center, Lyon & Healy, Embassy of France in Washington D.C., U. S. Consulate in Hong Kong, the Cleveland Museum of Art, Shanghai Arts Festival and the Oz Asia Festival in Australia, among others.“The guest appearance by Elizabeth Hainen could certainly be counted among the high points of this year,” says The Saxon Times of Hainen’s appearance at the Saxon-Bohemia Music Festival in Meissen, Germany.

2018-2019 season will treat Beijing audiences to an exclusive one-night-only performance with the China National Symphony Orchestra and Tan Dun with his Nu Shu: Secret Songs of Women. Hainen will be celebrating the 100thbirthday of Alberto Ginastera in performances of his harp concerto with The Philadelphia Orchestra and conductor Miguel Harth-Badoya. In April 2017, Hainen video recorded Tan Dun’s Nu Shu: Secret Songs of Women with Yannick Nézet-Séguin and The Philadelphia Orchestra to be released in the near future as the first video recording of its kind. Last season she appeared in Philadelphia WHYY’s Articulate with host Jim Cotter and “Curtis on Tour” with performances throughout New England. Hainen’s discography continues with her fifth solo recording Home in works by Bach, Debussy and Glass, on the heels of Kickstarter winning Les Amis with Michael Stern and IRIS Orchestra for the Avie label. Hainen’s discography includes the lushly romantic Music for Solo Harp on the Naxos label and a recording series for Lyon & Healy harps on the Egan label. “Elizabeth Hainen is a wonderful embodiment of the ‘new’ Philadelphia Sound and a perfect example of how the best musicians can make their instruments become a symphony orchestra, even on their own” The Harp Column on Music for Solo Harp. Hainen’s recently released Harp Concertos on the Avie label with Rossen Milanov and the Bulgarian National Orchestra, was given a four star review by The Telegraph (London): “The tonal range of Hainen’s playing, coupled with her technical finesse and sense of style, bring allure to the entire disc.”

A highly sought-after harp pedagogue, Hainen serves on the faculties of the world-renowned Curtis Institute of Music and Boyer School of Music at Temple University and has been invited to adjudicate major international harp competitions in the U.S., Europe, South America, and Asia. In 2004 she founded the Saratoga Harp Colony, and this legacy continues in Philadelphia as the Harp Colony presented by Curtis’ Summerfest. Through her nonprofit foundation The Lyra Society, Hainen has provided educational outreach to hundreds of school children in urban Philadelphia and the surrounding area.

Born in Toledo, Ohio, Elizabeth Hainen began the harp at age ten. Her extraordinary progress took her to her mentor and teacher, Susann McDonald, at Indiana University School of Music where she was awarded the “Performance Certificate,” and two degrees in performance.  Ms. Hainen has been the recipient of numerous awards, including Winner of the American String Teachers Association and the Chicago Symphony Civic Orchestra Competitions, and Silver Medalist at the First USA International Harp Competition.