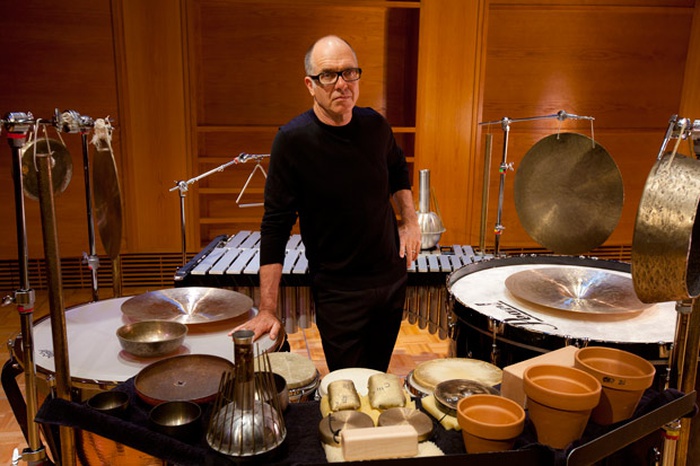 Conductor, percussionist, and author Steven Schick shares ideas about the externally facing artist with Dave DePeters, CEO of the National Repertory Orchestra.  Topics include programming, interpretation, and audience engagement in a turbulent and changing world. Join the discussion of how artists might respond to and influence the world around them.

This industry talk includes a public question and answers session.

Percussionist, conductor and author Steven Schick was born in Iowa and raised in a farming family. For 40 years he has championed contemporary music by commissioning or premiering more than 150 new works. Mr. Schick is music director of the La Jolla Symphony and Chorus and artistic director of the San Francisco Contemporary Music Players. He was music director of the 2015 Ojai Festival. He maintains a lively schedule of guest conducting including recent appearances with the BBC Scottish Symphony Orchestra, the Saint Paul Chamber Orchestra, Ensemble Modern and the Asko/Schönberg Ensemble. His acclaimed publications include a book, The Percussionist’s Art: Same Bed, Different Dreams. He has released numerous recordings of contemporary percussion music including a three-CD set of the complete percussion music of Iannis Xenakis (Mode) and a companion recording of the early percussion music of Karlheinz Stockhausen in 2014 (Mode). Steven Schick is Distinguished Professor of Music and holds the Reed Family Presidential Chair at the University of California, San Diego.

In 2013, UCTV featured Steven Schick in On the Bridge, a six-part series in which Mr. Schick presents the origins and global development of percussion-based composition as a “physical art.” He was inducted into the Percussive Arts Society’s Hall of Fame in November 2014.