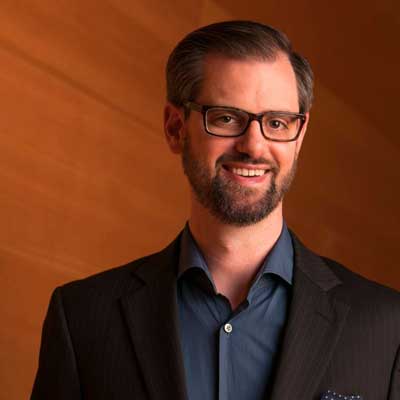 How to Engage Your Audience

Jason Seber, the David T. Beals III Associate Conductor of the Kansas City Symphony, shares how professional musicians can engage audiences beyond their roles in the orchestra.  From diversity and education to family programming and connecting with youth, Seber delivers an inspirational seminar focusing on the importance of experiential connections with people on and off the stage. The seminar includes a question and answers session.

Jason Seber is celebrating his fourth year with the Kansas City Symphony, beginning as assistant conductor in the 2016/17 season and being promoted to associate conductor in the 2017/18 season. In this position, he has built a strong rapport with the Kansas City community, leading the Symphony in more than 75 concerts each season on the Classics Uncorked, Pops, Family, Film + Live Orchestra, Young People’s Concerts, KinderKonzerts and Link Up series, as well as Christmas Festival, Symphony in the Flint Hills and many other programs. He made his Classical Series debut in October 2019.

A passionate advocate of music education, Seber conducted the 2019 National Repertory Orchestra at concerts in Breckenridge and as part of the Bravo! Vail Music Festival. He has led the Honors Performance Series Orchestra in performances at Royal Festival Hall in London (2019), Carnegie Hall (2018) and the Sydney Opera House (2017). In 2020, he will conduct the Missouri and Pennsylvania All-State orchestras.

Martini, Doc Severinsen, Bobby Watson and Wynonna. He earned his master’s degree in orchestral conducting from the Cleveland Institute of Music and his bachelor’s degrees in violin performance and music education from Baldwin Wallace University.