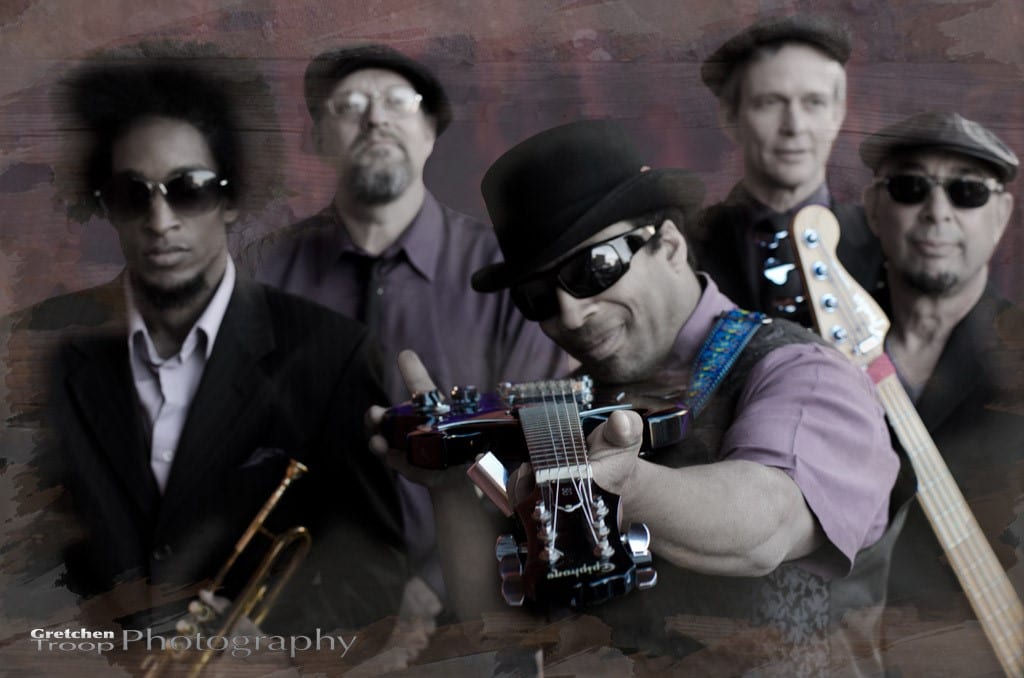 Bring your appetite! From whiskey to brews, to rhythm and blues, the hearty aroma of BBQ cooked low and slow by Rev from 5 STAR Catering is worth every penny—and it’s all in your backyard!

And don’t worry about indulging. Award-winning musician and NRO alumnus LIONEL YOUNG will keep you moving and dancing with his brand of blues and The Lionel Young Band!

About The Lionel Young Band

Lionel Young is a high energy performer with a bend for the blues. The Lionel Young Band, winners of numerous awards for best in and around the Colorado region, won the 2011 International Blues Challenge (IBC) band competition. Added to his victory at the 2008 IBC in the solo-duo catagory, that makes Lionel Young the first double champion in the history of the IBC.

Fans of the inspired and classically trained Young love his distinctive brand of blues on the electric violin. The band’s show features not only originals but also interpretations of blues classics by Willie Dixon, Leadbelly, T-Bone Walker, Muddy Waters, & Magic Sam, among others. Hear the strength and passion of Young’s playing, his smooth vocals, he has concocted a singular blend like nothing you have ever heard. The songs, which include his award-winning composition,” Brown Cloud Over Denver” and “Summertime,” alternately stir up social concerns and soothe the weary soul. It’s prime. It’s fun. It’s Lionel Young.

Born in Rochester, New York, Lionel Young began taking violin lessons at the age of six with Anastasia Jempelis at the Eastman School of Music. He was a member of the Pittsburgh Opera-Ballet Orchestra and the National Repertory Orchestra which commissioned him to play bluegrass and blues for their summer festival and on a tour of Japan, Taiwan, and Korea during the 1988 Summer Olympic Music Festival.

Throughout his career, Mr. Young has won numerous awards including The Young Artist Award (Pittsburgh Symphony); The Concerto Contest (Carnegie-Mellon); The Passamenic Award (Branchwood String Quartet); and the award for the Best Blues Band in Westword’s Best of Denver. He’s also won a position with The Denver Chamber Orchestra and premiered a solo piece by William Hill.